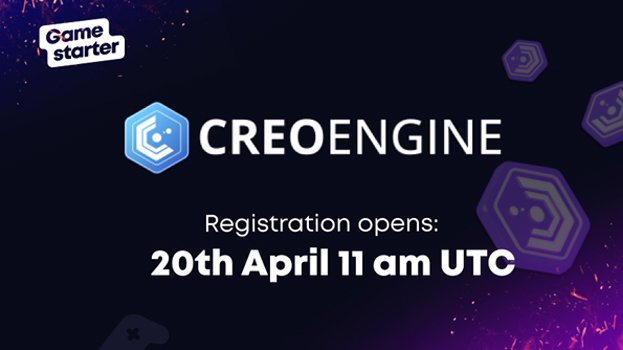 Gamestarter is excited to announce our latest IGO Creo Engine on April 21st! Creo Engine is a gaming blockchain platform dedicated to game developers worldwide to launch their games, similar to how the Steam store distributes its library of games. Creo Engine also serves as a game developer aiming to provide the best gaming experience for its players, the games are developed through our in-house studio, ‘Nomina Games’. And all games under Creo Engine Ecosystem are connected through the Assets Interchangeability feature.

Registration Closes: When $25 base allocation is reached or April 21st at 11:00PM UTC

$GAME holder’s vote: We are rapidly developing a safe and convenient system for Gamestarter and DAO Maker and are expecting to host a vote soon. Stay tuned for more info!

Creo Engine is a gamefi platform that offers in-house play-to-earn games. The platform also allows game developers worldwide to launch their games under the Creo Engine platform, called ‘Creoverse’. Creo Engine functions similar to Steam, a platform that enables vast libraries of high-quality games ready to be played by its users.

Creo Engine game studio, Nomina Games, is currently developing four Play-to Earn games as a starter, in which the Assets/NFTs from each game can connect and interoperate between games.

Evermore Knights
Evermore Knights is a JRPG game featuring unique heroes and weapons as NFTs, players can invest in and summon stronger NFT fighters, weapons, and equipment to enhance their fighter units.

Slime Haven
Slime Haven is a pet breeding simulator featuring cute slimes as pets. Players can breed and train the slime to become stronger. Each slime will have its own unique attributes. Slimes can also be sent to the Evermore Knights and utilized as support characters, aiding the heroes in their adventures.

Peony Ranch
Peony Ranch is a 3D farming simulator game, similar to ‘Animal Crossing’, players can hire peony buddies to help grow crops and harvest plants which can be sold in the marketplace and transferred to other games

Creo Engine also provides a marketplace for players to trade and sell. The marketplace can detect the origin of assets/NFT and where else players can utilize it. The marketplace has water-tight security, ensuring transactions safety and, not forget, its ease of use and speed.

All games that run under the Creo Engine platform will only $CREO token.

*The fees Creo Engine received in the marketplace will be utilized for buybacks, marketing and burn.

Gamestarter uses a Levels system to determine the amount of guaranteed allocation a participant is entitled to. These levels start from 5k $GAME being staked in the IGO staking pool and go up to 150k $GAME. The multiple assigned to each level calculates how much allocation is provided per a base allocation, which is set once the registration period closes shortly before the start of the raise.

There are also lower lottery levels, starting from 750 $GAME which gives you a much higher chance of obtaining an allocation when compared to the public whitelist.

You can view the Levels here: www.gamestarter.com/levels

⚠️Important: now you can stake $GAME to participate in IGOs and earn $GAME at the same time! Please read the instructions HERE.🚀

Once you’ve got some $GAME (note only BEP-20 $GAME is accepted in Creo Engine) in your wallet, stake in www.gamestarter.com by completing the following steps:

Once the pool page opens for Creo Engine, make sure to register for the IGO so you get your spot secured. You can easily register via Metamask, Wallet Connect or Trust Wallet.

KYC will be provided in the registration panel. Make sure you have a valid document and mobile/computer camera at hand. The KYC confirmation will take anywhere from 2 minutes to 6 hours. A driver’s license is accepted, but a passport might shorten the confirmation time.

🇺🇸USA: restricted country for Creo Engine. ⚠️ Note: American citizens may participate in IGOs on Gamestarter ONLY if they submit to our full legal guidelines. The participation will be decided individually for each project. However, all Gamestarter Originals will welcome participants from the USA.

Once the pool page opens for Creo Engine, make sure to register for the IGO so you get your spot secured. You can easily register via Metamask, Wallet Connect or Trust Wallet.

Important: if you do not register, you will not be included in the whitelist. ⚠️

Creo Engine is a gaming blockchain platform dedicated to game developers worldwide to launch their games, similar to how the Steam store distributes its library of games. Creo Engine also serves as a game developer aiming to provide the best gaming experience for its players, the games are developed through our in-house studio, ‘Nomina Games’. And all games under Creo Engine Ecosystem are connected through the Assets Interchangeability feature.

Gamestarter is a complete gaming ecosystem that brings a new standard for blockchain gaming by building a multichain launchpad & NFT marketplace.

Gamestarter adds liquidity, player-ownership, and new funding resources to the largest entertainment industry in the world.

We are happy to announce that Creo Engine has selected MoonStarter as one of their launchpads for their IDO.

Its objective is to offer a solid foundation to developers during the creation and launch process while offering interesting earning possibilities for players.

The current and future games within the Creo Engine Ecosystem are connected through the Assets Interchangeability feature where key assets can be shared among different games (e.g. ‘If I raise pets on one game, I can use that pets on another game within that same ecosystem.’).

Creo Engine also features its own in-house gaming studio to bring even more value to the ecosystem. The first four games are about to be released: Evermore Knights, Slime Haven, Merchant Marvels, and Peony Ranch.

Running on BSC, the $CREO token offers the following features

For more info, please refer to the whitepaper.

Please refer to our Medium article explaining our Tier System to get more info about our 2 paths to secure an allocation for Creo Engine. In order to participate, you have to complete the Google Form HERE before March 22nd, 2022 at 11:59 PM (UTC).

Whitelist results will be published on March 23rd at 1PM (UTC). 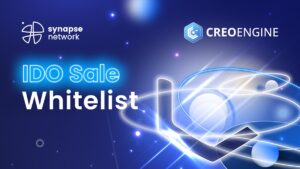 It doesn’t matter if you’re a $SNP staker or not, still you can win an extra spot in the Gleam competition!  100 slots, $100 each to be won!

Luna-Pad will Host CREO Engine Pre-Public Round on March 14, 2022 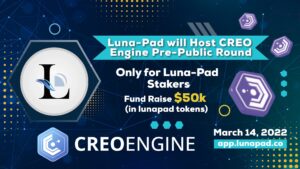 The public launch of Creo Engine will occur on DAOStarter. The whitelisting process for DAOStarter IDO is now live!

The key Creo Engine IDO details are as follows:

In order to qualify for the DAOStarter IDO and to get whitelisted, you need to fill out the Whitelisting form (link below) :

Within the form, you will need to:

5. Set your NFT avatar on DAOStarter

11. Tag 3 friends in comments, and retweet the following tweet

Once you have completed all fields, submit the form.

Whitelist entries will be screened, with the following to be disqualified from participating in the IDO:

· Entries made by bots

· Incomplete entries missing any of the form criteria

After the whitelisting form closes, a randomized draw will generate a list of users approved for participation in the IDO. Approved users will receive an email from sale.

· Users do not need DSTs to participate in whitelist activities

Creo Engine is a gaming platform where developers can deploy their games to the Creo Engine user base. Creo Engine supports developers to create and earn through game development while providing interesting earning possibilities for players through high-quality mobile games. Creo Engine also established an in-house game studio and assembled a group of experts and artists to develop games. 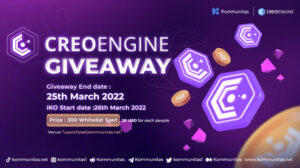 Creo Engine aims to serve developers and users of blockchain games under its ecosystem, creating a water-tight marketplace where everyone can trade and sell their assets and bring people better welfare, all in the name of blockchain gaming.Creo Engine is a gaming platform where developers can launch their own games to Creo Engine user base. Creo Engine also built in-house game studio and develop four games where NFTs in each game are interchangeable between games. Player can trade or sell their NFTs in fully secured marketplace.

Token with Tax : No 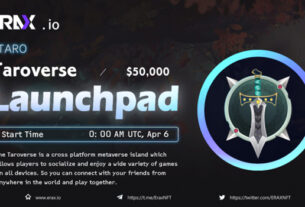 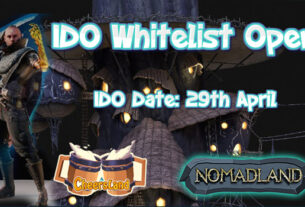 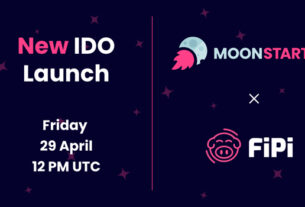