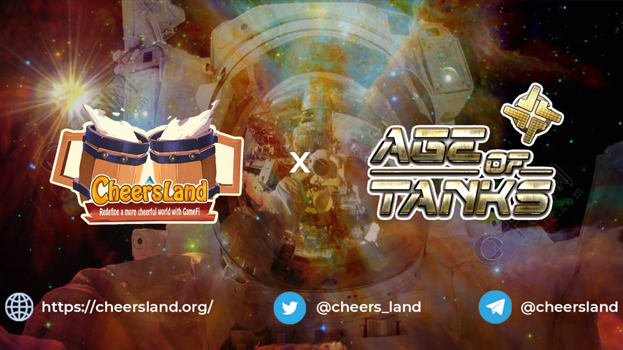 At CheersLand, we strive to align ourselves with companies that believe in our goal of building a scalable GameFi Metaverse Aggregator where anyone can monetize their gaming experiences and social networks with the Game-as-a-Service model. Today, we take pride to introduce our new Strategic Partner:

As we know, CheersLand will launch its NFT Market module and bring its Game-as-a-Service model to the gaming Ecosystem. CheersLand will launch NFT campaigns in the GameFi Ecosystem, and will co-launch INO (Initial NFT Offering) with AOT in the future. The partnership program will also focus on cross-marketing in both communities, user growth of both platforms and increase in token use cases,etc., to create more economic opportunities for users.

About Age of Tanks

Age of Tanks is the world’s first self-assembly 3D turn-based strategy Tank NFTs Metaverse, where gamers build and command their fleet of tanks to storm the battlefields in their quest to conquer Earth Zero! Have you wondered what would it be like in the future? AOT allows us a glimpse- how our future is shaped by our actions in the present.

What could have been a decisive action to prevent the extinction of Mother Earth, took an unexpected turn leading to the catastrophic destruction of our planet, consequently giving birth to EARTH ZERO Metaverse.

Despite the turmoil, human nature hasn’t changed. Some, with visions of uniting all of Earth Zero while others are for nothing more than self-preservation.

CHAMPIONS or Humans of Earth Zero emerge in different parts of the world to fight for survival. It was by chance that a powerful element was discovered while scavenging– THE BRODIUM. The power of the Brodium was harnessed and used to build tanks to travel and do expeditions.

“…On this Earth, where sea travel was inconsequential and the flight was futile, the fight for supremacy hinged on land warfare. Iron Forges with technology to produce and assemble armored vehicles became the ultimate power.

CheersLand is a scalable GameFi Metaverse Aggregator where anyone can monetize their gaming experiences and social networks. CheersLand runs the Game-as-a-Service model, dual-driven in Play to Earn and Build to Earn, with the product portfolio of Gamified Launchpad, Multi-game Universe, Multi-asset Staking Platform and NFT Market, and powered developing new users by the invitation mechanism, which builds a unique and diversified GameFi ecosystem.

Stay updated on the CheersLand’s progress by following on social media channels and communities. 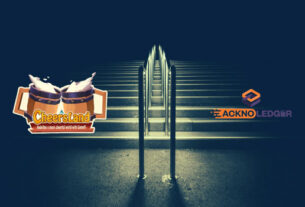 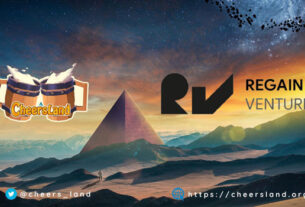 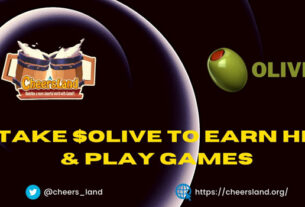 $OLIVE is listed on Multi-asset Staking Platform of CheersLand