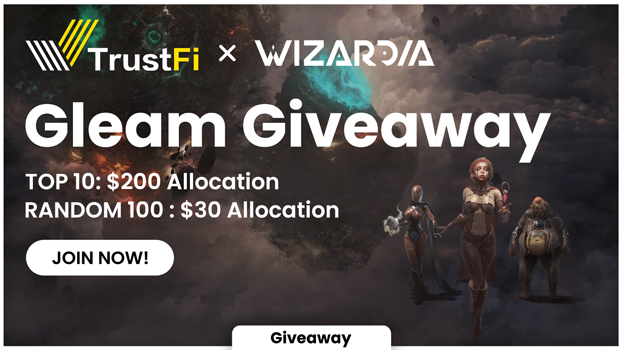 Dear community, we will hold Wizardia IDO on TrustFi Launchpad on March 21st.

In this article, we will share information and insight on Wizardia, and the details to our IDO which will be held on TrustFi Launchpad.

👉Make sure to read our March IDO Calendar Article to learn about eligibility rules, Tier levels, allocations and more!

Two ways to participate in the IDO:

Wizardia is a Play-to-Earn (P2E) online RPG and strategy game that allows players to participate in a variety of multiplayer activities while rewarding player effort and time for participating in the rich lore of Wizardia. The project team hosts incredible artistic talents that were involved in some of the most popular AAA game projects such as the Call of Duty series.The game design is built on three core features:

🔷1 — What is Unique About Wizardia?

With the recent boom of Metaverse and GameFi, the market experienced a rush of projects for funding to ride the hype. However, many projects lacked proper preparation, talent pool, pre-funding work, valuable design, and key economy components. Wizardia boasts with its carefully designed and balanced game economy, stunning visuals, and rich lore that dates back a decade in the minds of its creators.
👉Click Here to read about Wizardia’s Lore!

Wizardia distinguishes itself from these games significantly through:

As highlighted before, the game design aims to be a fulfilling and rewarding experience for all players. In the recent months, the GameFi sector has been flooded with projects that offer outdated, non-fulfilling gameplay with unoriginal mechanics, visual assets, and tokenomics. Wizardia will shine among its peers through its innovative mix of desirable gameplay aspects and mechanics:

Through Wizardia Token ($WZRD) Flow (Wizardia’s utility token), fees are collected via various in-game mechanics and redistributed back into the game through Vaults. $WZRD tokens can be used for purchasing and selling items, staking, crafting/construction, and rewards for a diverse range of activities.

TrustFi disrupts the DeFi market by providing a multi-chain decentralized BaaS solution. Our ecosystem features three main products which include TrustFi Booster, a Decentralized Community Driven Incubator; TrustFi LaunchPad, an IDO General Protocol with an insured mechanism; and TrustFi Farmer, an Automated Farm Pools (AFP) Contract, which is an important addition to the DeFi infrastructure built on Web 3.0. Our main focus is early crypto-asset issuance, with emphasis on liquidity management, community growth, and DAO governance. We are certain that these three factors will allow us to successfully unlock the unlimited potential DeFi has.

Immerse yourself into the P2E magic of Wizardia. IGO Launching 20th of March

We are thrilled to announce that Wizardia will be launching on NFTPad!

Wizardia is a Play-to-Earn (P2E) online role-playing strategy game built on three core gameplay pillars: innovative turn-based combat, base-building with sophisticated economy model at its heart, player-decision driven game evolution. Each player gets to part take in or even specialize in different game modes such as PvP and PvE battles, base-building and exploration, item crafting and research of crafting recipes. Wizardia rewards those who contribute to the games metaverse and its real-valued economy system so there are no one-way investments.

Wizardia has resemblances to video games like Heroes of Might and Magic, King’s Bounty, Raid: Shadow Legends and similar titles, that are based on classical RPG systems where hero characters and their skills take the spotlight.

There will be several game modes available in Wizardia, ranging from simple PvE and PvP duels to Weekly Challenge Series and winner-take-all tournaments. Challenger Fights (PvE) mode allows players to battle an AI-controlled opponent at their own pace. An opportunity to practice before competing for greater rewards in PvP. Duel Fights (PvP) is a realtime battle mode between two players with significant rewards and the possibility to wager $WZRD tokens. Arena Tournament (PvP) is a play-off format PvP tournament with entry fees and a hefty $WZRD and NFT prize pool. Players must qualify for the tournament via five random PvP battles. The tournaments are planned to take place at the end of each Wizardia Season and last for one week, with finals on Saturday. These are but a few examples.

The $WZRD token is the core utility token and in-game currency of the Wizardia game and future metaverse. Powered by the high-performance Solana blockchain, tokens can be spent as well as earned or exchanged by every player inside and outside of the game. The $WZRD token will be a utility token, with staking for stability and reward; elements of yield farming; and internal medium of exchange use cases.

With an intriguing road map that points to a full game launch in Q4, and certain game modes along the way, the excitement is immense considering the high-level graphics and the monetizing mechanics of the platform. You can for example level up a Wizard NFT, boost its capabilities with successful gameplay and then sell/trade/rent it out on the Wizardia NFT marketplace.

The in-game assets look astounding, the platform is well put-together and the game itself looks to be both fun and very profitable. Make sure to check out the links below if you want to learn more about the magic of Wizardia.

How to participate with NFTPad

NFTPad uses a Levels System to determine the amount of Guaranteed Allocation a participant is entitled to. These Levels start from 25k NFTPad being staked in the IGO staking pool and can go up to 400k NFTPAD.
The multiplier assigned to each level calculates how much allocation is provided per a base allocation, which is set once the registration period closes shortly before the start of the raise.

There are also lower lottery levels, starting from 5k NFTPAD which give you a much higher chance of obtaining an allocation when compared to the public whitelist.

You can review and stake into the Levels by clicking here.

The NFTPad site also has a ‘Buy NFTPAD’ button at the bottom which will send you to PancakeSwap to swap for NFTPAD. The User Interface of PCS sometimes doesn’t feed through the contract code, so manual searching is often required.

If this is the case, click on ‘Select a currency’ and paste the contract to the search bar, then select ‘NFTPAD’ once it pops up.

Once you’ve got some NFTPAD in your wallet, stake in Levels Page by completing the following steps:

Once the pool page opens for Wizardia, make sure to register for the IGO so you get your spot secured.

You can also access the IGO by staking in the LP staking pool which can be found here.

The Level you have achieved can also be seen on the Levels Page noted above once you have staked.

Registering for the IGO

As mentioned, you will need to register for the IGO to be eligible.
To do so, make sure to register on the Wizardia Pool Page:

Participating in the IGO

Once the Raise is live, the Guaranteed Allocation round will last approximately 6 hours, followed by an FCFS round which is only for NFTPAD stakers and whitelisted wallets.

You need to complete three steps to participate:

The Public Whitelist is where non-NFTPAD stakers get the chance to participate in the IGO. Recently there have been over 250,000 participants and over 22m entries in the whitelist, meaning that if you just stake 5k NFTPad and register you will be greatly increasing your chances.

The link for the public whitelist will be shared here once it is live, as well as on official channels.

NFTPad has been founded to aid the growth of the NFT Industry and Ecosystem in a safe and sustainable way. NFTPad allows users to mint NFTs in minutes, auction them or raise liquidity so that they may be traded on AMMs such as PancakeSwap and Uniswap.

NFTPad is empowering digital creators with next-gen tools and services to introduce digital art and NFTs to mainstream collector audience.

NFTPad is launching on Binance Smart Chain; with a clear goal to be a curated ‘OpenSea’ on BSC. 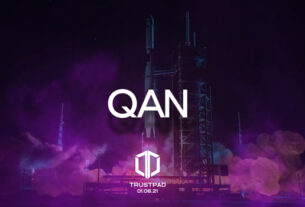 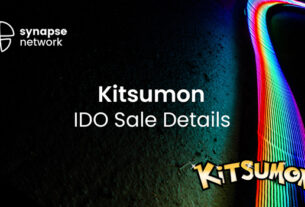 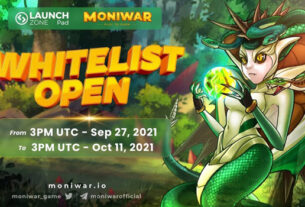